BACKGROUND: AUDIT-AZ, the Pima County Libertarian Party and other interested citizens of multiple parties for years have been investigating election processes in Pima County. In previous actions, the Democratic Party took the lead in winning public records lawsuits and revealing the extent of the problems, including poor security practices on "designed to cheat" systems, election results that consistently did not add up, missing or falsified paper, and election officials and staff who continuously flout the law.

The Democratic and Libertarian Parties jointly filed suit years ago to ask a court to order reforms to the process. One local judge decided that his court was unable to do so no matter how obvious the problems might be. After that, the Democratic Party dropped out. The Libertarian Party did not: They appealed and won. Pima County appealed that decision to the AZ Supreme Court and lost. The courts have now ruled that if it can be proven that elections are being handled poorly, a local judge can indeed order Pima County to institute reforms.

IT’S GAME TIME: So after years of effort, we are “game on.” We plan to prove wide-ranging abuses of basic election security in Pima County Arizona and to obtain court-mandated improvements in the election process that could serve as a national model for how to do electronic voting properly and securely.

We have connected the dots into a 10-point quick summary of the fact pattern in this gripping saga of power and deceit. And we propose a remedy that is easy, inexpensive and doable. Let us share that and more with you. We promise a very interesting time.
***30*** 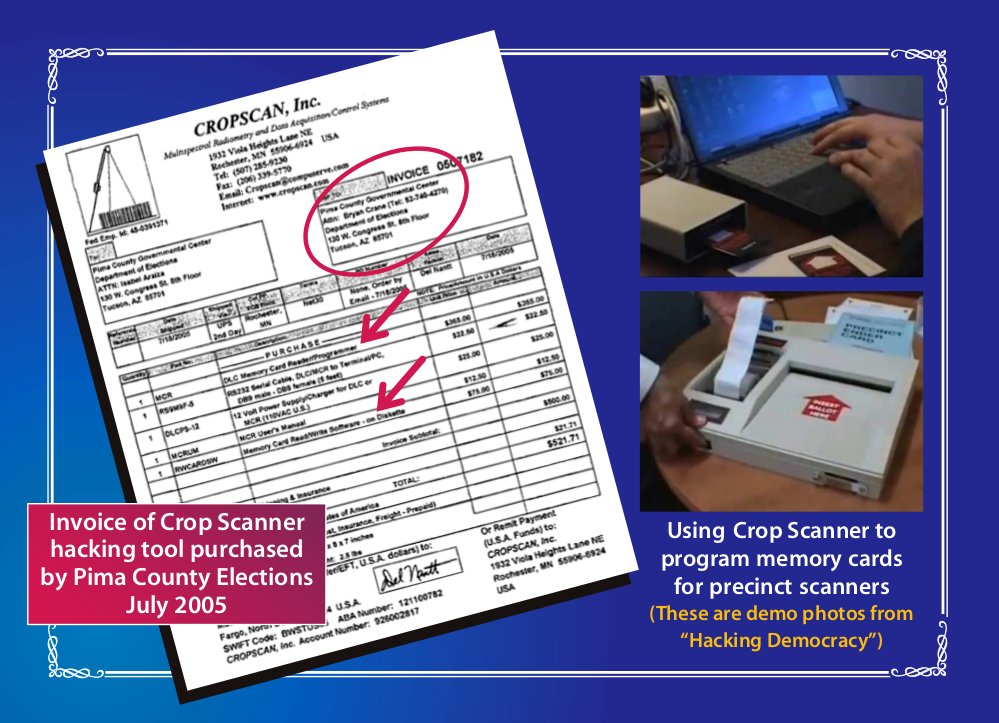