Pre-election research over the last three weeks (based on the work of AUDIT AZ since 2006) discovered flagrant ILLEGAL violations of Arizona Election Laws [2]. The interlocking pattern of deliberate subversion of these security measures indicated below makes manipulation of vote counting easy, thus leaving elections vulnerable to undetectable fraud: 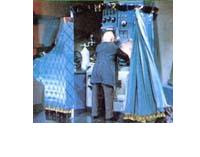 These Points “Interlock” To Make A Complete Election Fraud Recipe.  If observers aren’t allowed to see the precinct data either on election night (point 5 above) or afterwards (8), and are blocked from seeing what goes on at the central tabulator (2) when it gets there on systems connected to the internet (3) on unknown, untested and illegal software (4) and the one reliable record available of precinct results (polltape) isn’t signed (1) OR put in a sealed bag for later review (6), then it’s not a proper election.  The only thing left to call it is “illegal” – and that’s what we will present to a judge.

Arizona law has set the conditions for any full recount to be the most difficult in the nation: recounts are automatically generated only when there is a 1/10th of 1% or smaller difference in election totals between two candidates or issues.  Florida is the only other state that is close to this standard, and their required percentage spreads are less stringent.  A candidate challenge is impossible, even if the candidate pays for it. This is a recipe for un-auditable election fraud [11].

A pattern is emerging in AZ elections.  In the case of the Maricopa LD20 (Sept 2004) election,[12] Election Director Karen Osborne testified that an 18% error rate on optical scanning machines was within the accepted error rate for those machines!  This same election fiasco resulted in ballots being confiscated by the FBI and never properly investigated. Regarding the Pima County court case about the disputed RTA election, a court ordered examination of the stored poll tapes from the RTA election of May 2006 showed that 44% of them were missing or didn’t match the official results.[13]

The Maricopa County Elections Department is responsible for the counting 56% of the total votes of the state of Arizona. Thus, subversion of the elections in Maricopa could easily result in changing the election results for the entire state in a statewide election. Therefore, a group of concerned citizens from five AZ counties, as individuals in Arizona, have filed a request for an emergency hearing to ask the court to force remedies for these violations of the law before the upcoming election on the 24th of this month. This Special Action Relief request asks for an expedited hearing to assure the upcoming election will follow election law to assure accurate results in this and all future elections in the state of Arizona.  Other relevant links: [14] [15]

Our complaint cites each violation, referring either to Arizona law or the May 2010 edition of the state-standard election procedures manual.[16] 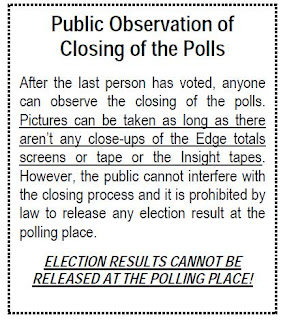